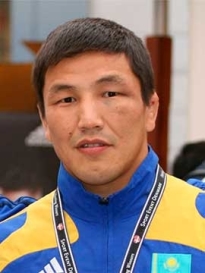 Russian and Kazakhstan freestyle wrestler, champion of Asia, prize-winner of the World Championship.
He was born on December 16, 1980 in the Ordzhonikidzevsky district of the Yakut Autonomous Soviet Socialist Republic in the village of Kerdem.
In 1999 he won the silver medal of the World Junior Championships. In 2000 he became the champion of the Universiade.
Since 2003, he has spoken for Kazakhstan. In 2004 he took the 4th place at the Olympic Games in Athens. In 2006 he became the champion of Asia. In 2008, took part in the Olympic Games in Beijing. In 2009 he won the bronze medal of the World Championship. In 2010 he became the bronze medalist of the Asian Games.