- Yuzhno-Sakhalinsk will welcome athletes from 20 Asian countries, 3 federal districts, 5 regions of the Russian Federation. The Games have been held for 20 years, but the Winter Games will be organized for the first time. The Winter Children of Asia Games will be born in Sakhalin, - said Mr. Vladimir MAKSIMOV, Director General of the Administration.

Children of Asia Games have Honorable Ambassadors. These are the people who achieved a big success in sports and inspire others. One of them is Ms. Anna BOGALIY, a two-time Olympic champion. These days Sakhalin is hosting the Cup named after her. About 200 children from different regions of the country are participating in the Cup. The Olympic champion was offered to become an Ambassador of the 1st Winter Children of Asia International Sports Games. The athlete was pleased to accept the offer.

- I am honored to become an ambassador of children's sport. It has become an integral part of my life for 6 years. I deal with children’s sport all the time. Now Sakhalin is rapidly developing: stadiums, biathlon complex and children’s sports yards are being constructed. Everything is done in order to develop children’s sports.

According to the survey the 1st Winter Children of Asia International Sports Games will be attended by 1979 participants. Yuzhno-Sakhalinsks will be hosting athletes from 27 Asian countries and Russian regions. 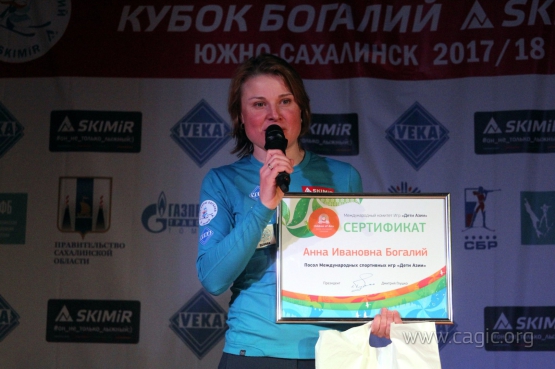 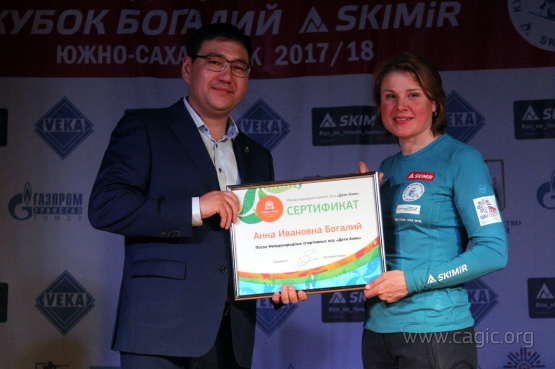