DELEGATION OF CHILDREN OF ASIA COMMITTEE IN MINEPS VI

Kazan is hosting the 6th International Conference of Ministers and Senior Officials Responsible for Physical Education and Sport (MINEPS VI), where there are ministers of sport and deputy heads of relevant ministries and departments from more than 110 UNESCO Member States, representatives of international and continental federations sports, leaders of international and sports organizations, more than 700 participants. Delegation of the Children of Asia Games International Committee also takes part in the Conference.

The main topics of MINEPS VI: developing a comprehensive vision of inclusive access for all, ensuring the maximum contribution of sport to sustainable development and peace, protecting the purity of sport. The Conference opened with meetings of UNESCO Expert Forum. After plenary meetings will be held on these three topics.

Mr. BARIEV noted that holding such events has a high potential in establishing peace, good-neighborly relations and mutual understanding between different countries. Countries like Iran, Iraq, the Democratic People's Republic of Korea, the Republic of Korea, Afghanistan and Yemen took part in the Children of Asia Games. It demonstrates the desire of conflict and post-conflict regions of Asia to develop a constructive dialogue for developing peace and using the potential of sports events for this purpose. Since the Games involve children and juniors, it lays the foundation for peaceful and mutually friendly relations in the future.

"I believe that such major sports events as our Children of Asia Games, Olympic Games, the World Universiades and others, have a huge effect in terms of mutual understanding and interaction as the youth starts to understand each other better and will be treating each other in a better way despite of political or any other disagreements between their countries. Therefore, it is necessary to support the holding of events of this format, especially among children and young people, which will contribute to sustainable development and peace not only on our continent, but throughout the world" - concluded Marat Bariev.

As Mr. Detlef DUMONT noted during the session, he fully supports the example of the Children of Asia Games and intends to visit the Committee's nearest projects, namely the 1st Winter Games in Yuzhno-Sakhalinsk in February 2019 and the 7th Summer Games in Ulaanbaatar in June 2020.

At the Conference there is also an exhibition pavilion of the past and future sports projects of the Russian Federation, in which, alongside with expositions of major events such as World Cup 2018, World Winter Universiade in Krasnoyarsk 2019, World Skills World Championships in Kazan 2019, also Children of Asia Games. 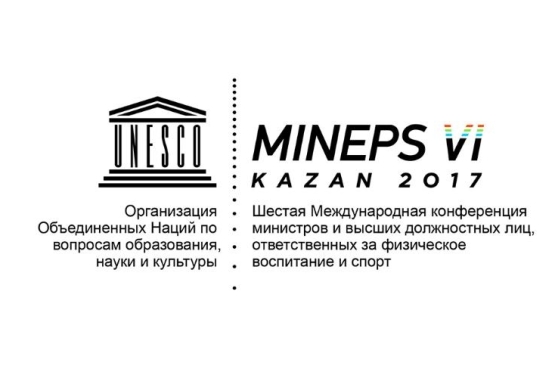