Yesterday on the Russky Island Mr. Yegor BORISOV, Head of the Sakha Republic met with Mr. Khaltmaagiin BATTULGA, President of Mongolia. One of the main topics of the conversation, in addition to issues of economic cooperation, was the discussion of the upcoming 7th Children of Asia International Sports Games 2020, which will be hosted by the capital of Mongolia. The personal website of Mr. Yegor BORISOV reports about it.

Mr. Yegor BORISOV congratulated Mr. BATTULGA on his election held in July this year, highlighted the fruitful joint work of the parties in the field of physical culture and sports. The Mongolian sports delegation participated in all six editions of the Games in Yakutsk, and it has traditionally been one of the most numerous.

Children of Asia International Sports Games - a project supported by UNESCO and the International Olympic Committee - is very important for us. This is our brainchild, and we are deeply interested in its development," – Mr. BORISOV said.

In turn, Mr. Khaltmaagiin BATTULGA said that his country was preparing for hosting prestigious sports competitions, a national organizing committee has been formed, sports facilities would be reconstructed and new ones would be built. In Mongolia has all conditions for all sports that are included in the program of the 7th Children of Asia Games. These sports will be included in the curriculum of physical education classes in Mongolian schools. In 2019, Mongolia plans to organize national children's games to select candidates for participating in the 7th Children of Asia International Sports Games.

Yegor Afanasyevich noted that Russian-Mongolian relations are based on a long history of bilateral cooperation, are distinguished by traditional good-neighborliness, and oriented to further development in the spirit of strategic partnership.

The friendly ties between the Sakha Republic (Yakutia) and Mongolia began in 1993 when the Sakha delegation visited Mongolia. Then two governments signed an agreement on cooperation in economy, science and culture, as well as the ministries of the parties expressed their readiness to cooperate on agriculture, health and medical sciences. 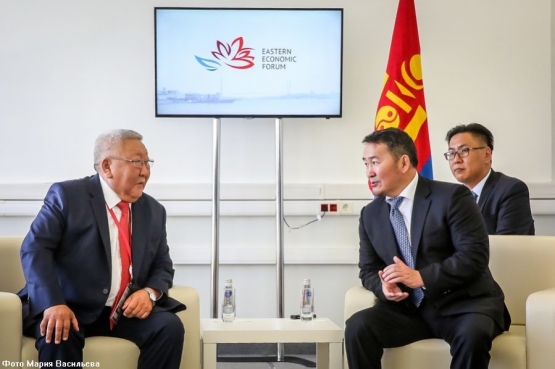