Today, 17 December,  one of the most titled boxers in history, senator, actor, benefactor Emmanuel Dapidran "Manny" Pacquiao celebrates his 42nd birthday.  The legendary boxer from the Philippines is associated with the Children of Asia Games by the fact that he has been the Ambassador of the International Sports Games since 2014.

"PacMan" is the only champion in the history of boxing who has conquered eight weight divisions, his professional record (62-7-2, 39 KOs).  Manny Pacquiao is also considered the best boxer in the world, regardless of weight category, according to The Ring Magazine, the most authoritative boxing publication.

Curiously, Manny Pacquiao is still continuing his boxing career in the ring.  He recently announced that he expects to have two bouts in 2021. 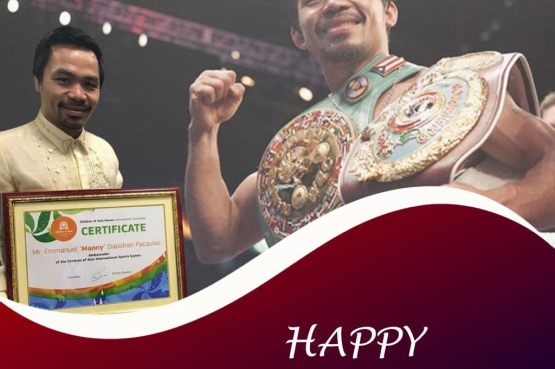