The Permanent Representative of the Sakha Republic (Yakutia) in Moscow hosted the Board’s meeting of the Children of Asia Games International Committee.

The meeting was attended by founders of the Committee – on behalf of the Russian Olympic Committee Mr. Marat BARIEV, from the Olympic Council of Asia Mr. Sherzod ASATULLAEV, and from the Sakha Republic (Yakutia) Mr. Dmitry GLUSHKO.

Also taking into account the high assessment of the 6th Children of Asia ISG in Yakutsk by participating countries from Asia and developing a long-term concept for the Games, the Board members elected Mr. Vladimir MAKSIMOV for a second term to hold the position of Director General of the Children of Asia Games International Committee.

Mr. Vladimir MAKSIMOV was born in 1983 in Sangar of Kobyay District, he graduated from the Institute of Physical Culture and Sport of Yakut State University named after M.K. Ammosov:

Since 2012 till present – Director General of the Children of Asia Games International Committee. 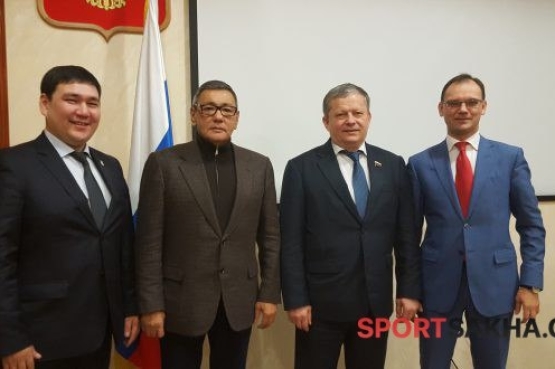