By the Children of Asia Games International Committee founders’ decision Mr. Vladimir MAKSIMOV was elected President of the organization, before this position had been held by Mr. Dmitry GLUSHKO

In accordance with the Committee’s Charter, the founders elect the President by joint decision for a term of four years. This year the term of office of Mr. Dmitry GLUSHKO has expired. He resigned due to the increased workload at full-time workplace. The Head of Yakutia, Mr. Aisen NIKOLAEV, proposed the candidacy of the new president of the Committee. Mr. Vladimir MAKSIMOV has a vast experience in the field of sports management - he has been in the Children of Asia Games project since 2008, was responsible for organizing and holding the 2012 and 2016 Games, as well as the 1st Winter Children of Asia International Sports Games in Sakhalin. The founders unanimously supported his candidacy for the presidency. 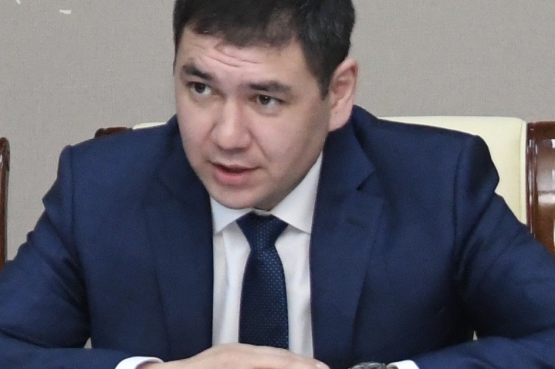