Tomorrow the island will witness a seminar that brings together a whole range of Asian countries: Palestine, Syria, Tajikistan, Thailand, the Philippines, Sri Lanka, Japan, Korea, Armenia, Afghanistan, Russia, and many others. Among delegations members are top officials of National Olympic Committees and sports authorities.

Recall, Children of Asia International Sports Games that unite young athletes from most Asian countries, are held every four years. The mission of the event is to promote the ideas of Olympic movement and further develop children’s and youth sports. In February 2019 Yuzhno-Sakhalinsk will become a venue where participants of Children of Asia Games will be competing in winter sports for the first time. Among competition events are: alpine skiing, snowboard, biathlon, cross-country skiing, ski jumping, figure skating, short track, and hockey. The infrastructure needed for this purpose is almost completely available. In particular, the top Far Eastern ski resort Gorny Vozdukh (Mountain Air) is functioning in the south of Sakhalin, where Russian Olympians were training before PyeongChang Olympics.

It is planned that around two thousand people will arrive to the Games in Yuzhno-Sakhalinsk. Half of them are young athletes from 45 teams, representing 20 countries of Asia, and some regions of the Russian Federation. The rest are members of official delegations, representatives of sports federations, and refereeing staff.

Russia’s national authorities will contribute to the island’s efforts to carry out such a large-scale sporting event. The Organizing Committee for the preparation of the Games is presided by Mr. Yury TRUTNEV, Deputy Prime Minister of the Russian Federation and Plenipotentiary Representative of the President in the Far Eastern Federal District. On the other hand, the regional authorities consider the forthcoming event an opportunity to demonstrate tourist potential of the island region.

- We have to show our guests that Sakhalin and the Kuriles are a region where winter sports are in focus, where people are happy to see guests and can provide a great welcome; we are also looking forward to strengthening our reciprocal connection with Asian countries and other regions of our own country, - outlined the task Sakhalin Governor Mr. Oleg KOZHEMYAKO.

The seminar-meeting for the heads of the National Olympic Committees and sports authorities of the participant-countries in Yuzhno-Sakhalinsk is one of the key measures in preparation for the event.

- Chefs de Mission will have three days to visit the sports facilities of the city, which will be used during the competitions, - said Mr. Vladimir MAKSIMOV, the Director General of the 1st Children of Asia Winter Games Administration. - They will see the sports infrastructure with their own eyes, visit Parkovaya Mountain, biathlon center, Gorny Vozdukh, and other facilities that will be used during the Games; they will also have a chance to appreciate accommodation and catering conditions. It is a common practice, when around one year before the event Chefs de Mission inspect the venue of future Games.

The Vice-President of the National Olympic Committee of Palestine Mr. Nibal KHALIL first and foremost was impressed by the amount of snow and frost in Sakhalin:

- The outlines of the island, the hills, the mountains – it’s wonderful! - he said. - Sakhalin reminds me of Japan. There is no snow in Palestine, but our athletes train in Europe. Therefore, we plan to bring a team to the First Children of Asia Winter Games. Let’s see what amenities you have for holding the competitions.

Deputy Minister for Sports of Armenia Mr. Gabriel KAZARYAN said that his country’s team hopes for medals in alpine and cross-country skiing.

- It’s my first time in Sakhalin, - he said. - I want to see the ski centers and Gorny Vozdukh. These sports are also well developed in Armenia, so I want to compare the conditions that you and we have.

The representative of the Executive Committee of the National Olympic Committee of Syria, Mr. Ibrahim ABAZID, has already visited Sakhalin on more than one occasion. His wife is from a local town of Okha.

- I love the island and I was very happy when I found out that Winter Games will be held in Sakhalin, - he said. - Our Olympic Committee decided to bring a team to these competitions. We have athletes who compete for Syria, but train in other cities and countries.

On March 23 at 3:00 p.m. the square in front of the building of the regional government in Yuzhno-Sakhalinsk will be hosting the official launch of countdown of time left till the start of the 1st Winter Children of Asia International Sports Games in Sakhalin. 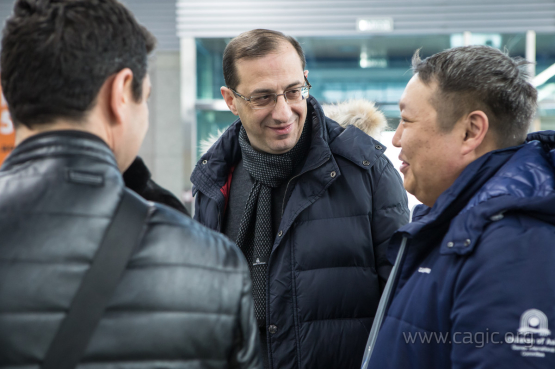 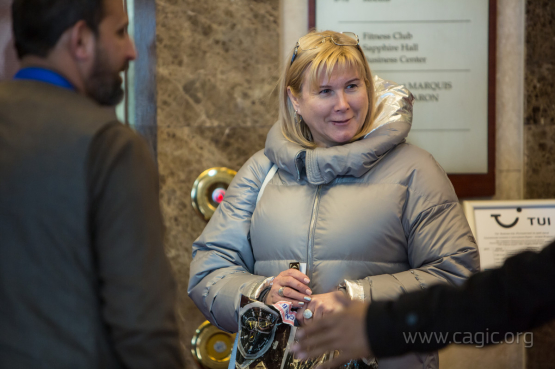 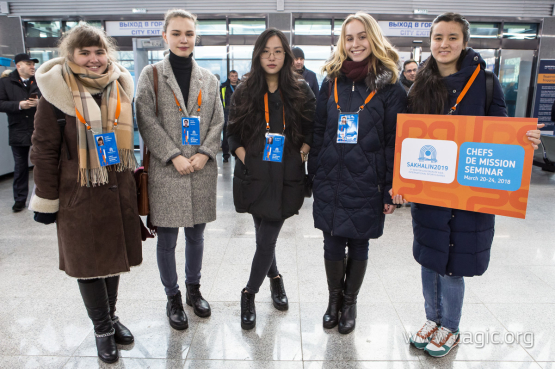 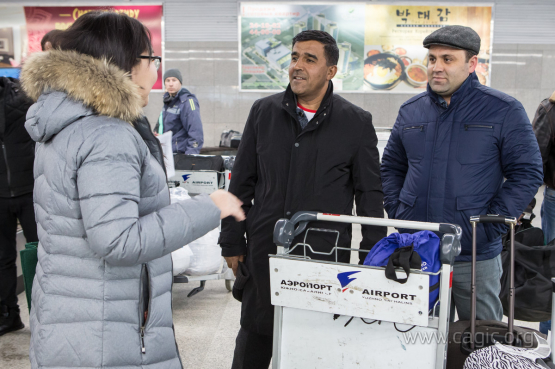 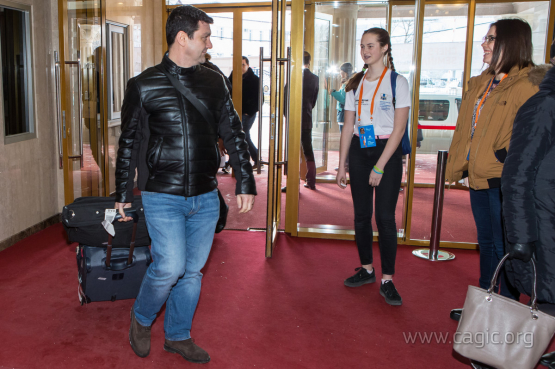 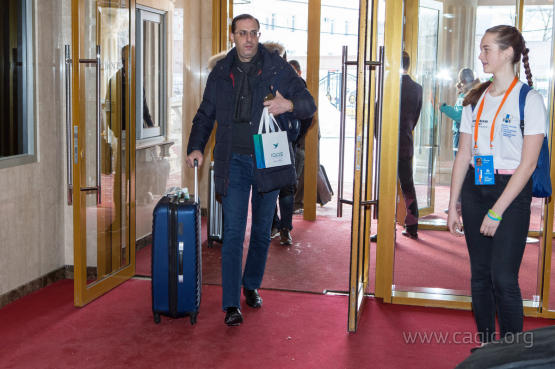 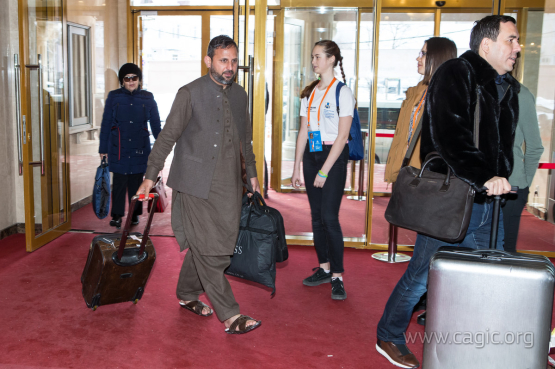 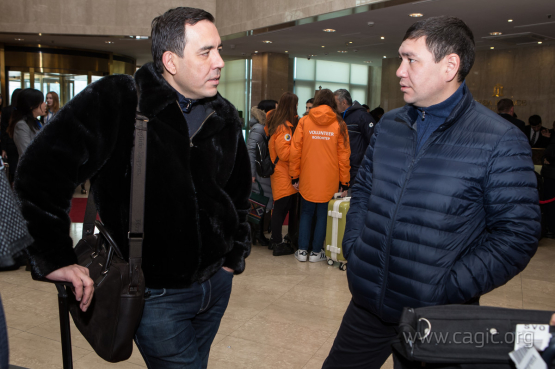 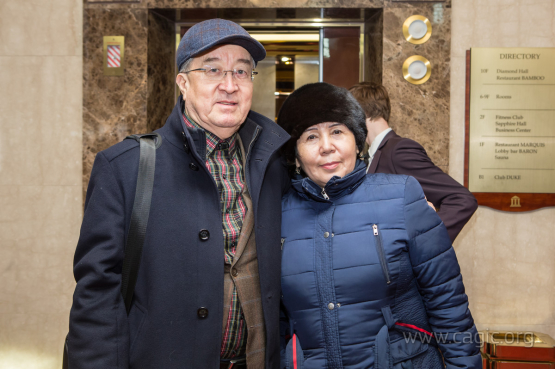 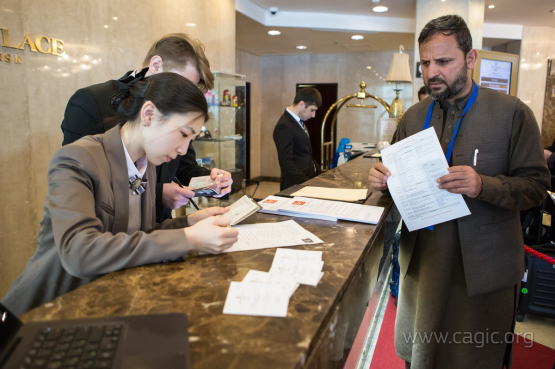