Children of Asia Games International Committee is organizing the 1st International Summit of Young Professionals in Sport within the 19th World Festival of Youth and Students, which will be held from October 14 to 20, 2017 in Sochi.

The Summit will become a platform for exchanging opinions, experience among young employees of sports institutes, discovering the best practices in sports and generating new ideas. According to the program of the Summit trainings, seminars, master classes, acquaintance with the Olympic legacy of Sochi, meetings with famous sports figures and performances of experienced professionals in the field of promoting sports projects will be organized. The co-organizer of the event is the Russian Olympic Committee.

The participants of the Summit will be young specialists and heads of national Olympic committees and executive bodies from 18 to 35 years old. In Sochi, other participants of the World Festival of Youth and Students can join this event, regardless of the scope of their activities.

Representatives of the IOC, the Olympic Council of Asia, leaders of national Olympic committees of the Asian continent will act as speakers of the Summit. Among the speakers will be Princess Jacel Kiram (Philippines), President of the Martial Arts Association Pencak Silat; Dilshod Nazarov (Tajikistan), Olympic Champion 2016, Deputy Chairman of the State Committee for Youth, Sport and Tourism of Tajikistan; Ibrahim Abazid (Syria), member of the Executive Board of National Olympic Committee of Syria, Ambassador of Children of Asia International Sports Games; Celia Hikarte-Kiram (Philippines), Special Commissioner for Sports of the Philippines, Chairman of the Committee of Culture and Arts of Olympic Committee of Philippines and many others.

Reference: The XIX World Festival of Youth and Students will be held in Sochi on October 14-22, 2017. The festival will bring together more than 20,000 participants from 150 countries. 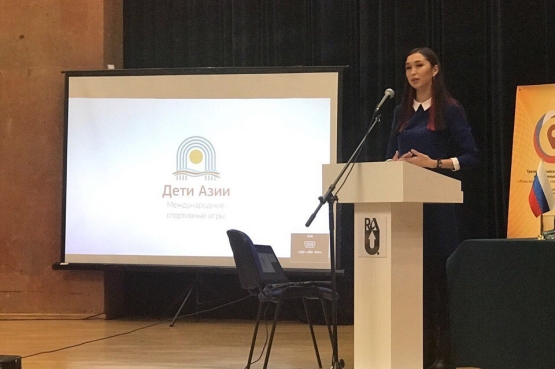