Main
News
Main news
Champion of the 1st Children of Asia Games and Ambassador of the Games Leonid Spiridonov is 40!

Champion of the 1st Children of Asia Games and Ambassador of the Games Leonid Spiridonov is 40!

Leonid Spiridonov is not only the champion of the 1st Children of Asia Games in 1996, but also a winner of the Universiade 2000, a winner of the Asian Cup and Asian Championship in 2006, a bronze medalist of the World Championship 2009 in Denmark and Asian Games 2010 in China. In his collection there is a bronze of the Ivan Yarygin International Grand Prix Tournament (2005). In addition, the wrestler participated in Olympic Games 2004 and 2008 in Athens and Beijing accordingly.

Dear Leonid Nikolaevich, we congratulate you on your birthday and sincerely wish you good health, realization of all your plans, an inexhaustible supply of strength, happiness and prosperity to you and your loved ones.

Good luck and new victories in our joint work! 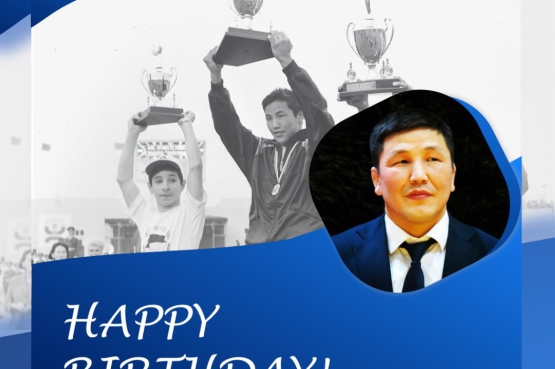