A photo album of the 6th Children of Asia International Sports Games was presented at National library of Sakha Republic (Yakutia).

The album includes works of photographers involved in the 6th Children of Asia Games 2016. Mr. Andrei GOLOVANOV and Mr. Sergey KIVRIN are widely known in sports photojournalism. They have worked for 30 years at every Olympic Games both summer and winter. Also the album is made up the photos of many famous photographers: Mr. Aleksey PAVLOV, Mr. Michil YAKOVLEV, Mr. Alexander LICITSYN, Mr. Evgeny IVANOV and others; the editor of album is Ms. Tatiana YElAEVA.

I wanted to make a good product since Sergei and I just cannot do the opposite. I deeply felt the atmosphere of the event and picked everything related to Yakutia, sport. I thank the people who took part in creating the photo album. It may have been helpful or it will be in future. Thanks a lot to all participants. Create more!

There are 335 pages and approximately 800 photos in the album. It is structurally divided into 5 sections. Each section is entitled after a big sports facility of Yakutsk and each one has its semantic load. So, section Tuymada is entitled after Tuymada Stadium. This section is about Tuymada valley and of course about central venue of Opening Ceremony of the Games, number of athletes. The section “Dokhsun” tells about sports. “Modun” is about ethnic sports and extensive cultural program. In the end of the album there are tables with results for each sport with names of winners and medalists of the Games.

The photo album is a history of the Games. It returns us to those vivid events. It may promote sports for someone, - said Mr. Vladimir MAKSIMOV, Director General of the Children of Asia Games International Committee.

Some part of edition of the album was given to the libraries of regional centers of the Sakha Republic in order to save history, to promote healthy lifestyle, physical culture and sport in regions. After a new year, they will be available in all the regional libraries of the Republic. 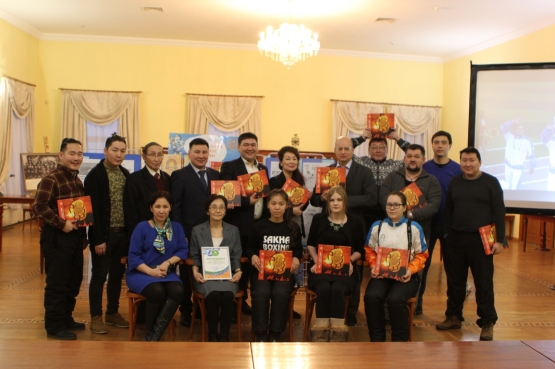