PRESIDENT OF MONGOLIA: “I WILL PERSONALLY PREPARE CHILDREN OF ASIA GAMES”

Mr. Khaltmaagiin BATTUILGA, President of Mongolia met with delegation of the Children of Asia Games International Committee in Ulaanbaatar (Mongolia).

I know well the history and importance of Children of Asia Games for the development of children’s and youth sports in Asia. Now it is the time of informatization and the number of children doing sports has significantly decreased. The Games will promote doing sports among youth of Mongolia, - the leader shared during the meeting.

The delegation congratulated Mr. BATTULGA with the election to the presidency and informed him on preparation course to the 7th Children of Asia Games in Mongolia in 2020. The parties discussed the questions of preparation of venues, program of the Games, inclusion of Mongol ethnic sports into the program.

The parties agreed on presentation of Children of Asia Games during the East Economic Forum in Vladivostok.

At the end of the meeting the President of Mongolia said:”I am an athlete and I know this sphere very well so I will personally take part in preparation and hosting the 7th Children of Asia International Sports Games”. 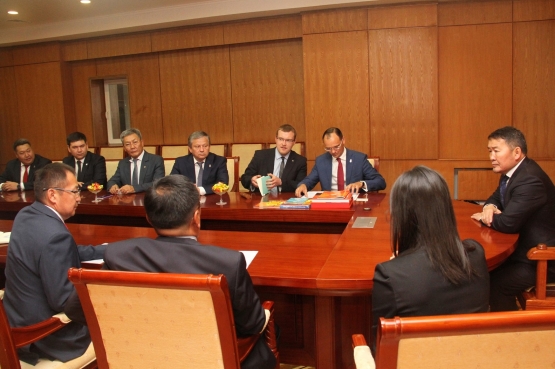