Main
News
Main news
BHUTANESE PRINCE: “WE ARE INTERESTED IN CHILDREN OF ASIA GAMES IN YUZHNO-SAKHALINSK AND ULAANBAATAR”

BHUTANESE PRINCE: “WE ARE INTERESTED IN CHILDREN OF ASIA GAMES IN YUZHNO-SAKHALINSK AND ULAANBAATAR”

Delegation of the Children of Asia Games International Committee has visited the Kingdom of Bhutan by the invitation of National Olympic Committee.

Within the framework of the visit, an agreement between the Children of Asia Games International Committee and NOC of Bhutan was signed. According to the agreement there were framed the common aims of propaganda and promotion of Olympic ideals, stimulation of interests to the sports and physical culture knowledge of the public including upgrading of facilities.

- We are interested in participation at Children of Asia Games in Sakhalin and Ulaanbaatar. The Games conduce training and qualification of coaches of young athletes. Football, archery, judo, taekwondo are very popular in our country. Now in Bhutan building and modernization of multisport facilities are being held. However due to the climate conditions winter sports are underdeveloped. We hope, Children of Asia Games will render aid for us.

According to the Agreement, the Children of Asia Games International Committee takes responsibility for organizing education workshops and practicums for young specialists of National Olympic Committees of Asia and other organizations responsible for development of youth sports. 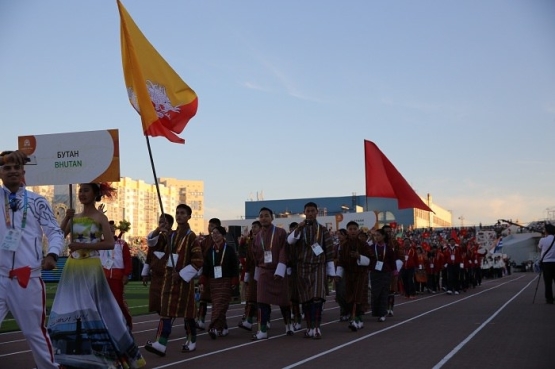