The 28th Winter Universiade has started in Almaty, Kazakhstan. The torch relay of Universiade-2017 had started in Kazakhstan 5 days before the Universiade official opening ceremony. The torch was carried by students, famous athletes and outstanding figures of culture and art; in total 1000 people, among them there were the medalists of Children of Asia Games.

Universiade-2017 will be held from 29 January to 8 February. More than 2000 athletes from 57 countries will participate in 12 sports. Organizers invited a group of volunteers from Yakutia to Almaty; also the specialists of Children of Asia Games International Committee will work as trainees. 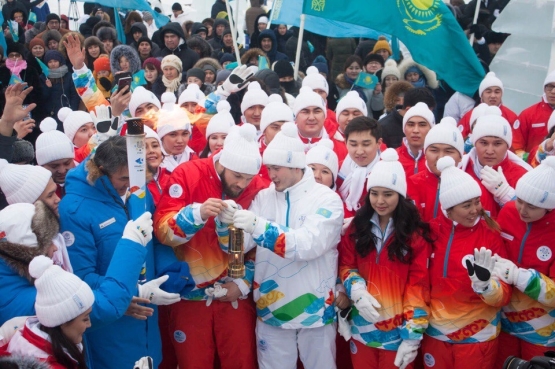