Sergei Tsivilev: Children of Asia International Sports Games will contribute to development and popularity of sports in Kuzbass

“The infrastructure for holding international competitions in winter sports is being actively created in Kuzbass, and we will keep on developing it in order to host Children of Asia Games on the highest level. In 2023 we are looking forward to welcome about 800 young athletes from many countries of the world. According to our proposal, the program of competitions has been expanded: curling and freestyle will be added to 8 sports. The Games of such scale is going to contribute to popularity of winter sports among Kuzbass youth. The entire infrastructure to be created and repaired for the competitions, will then welcome our athletes and all residents of the region as well, ”said the Governor of Kuzbass Mr. Sergei TSIVILEV.

On the eve of the signing of the agreement, representatives of the Children of Asia Games International Committee inspected the proposed venues for competitions, opening and closing ceremonies and other facilities.

FOR REFERENCE. Children of Asia International Sports Games were inaugurated in 1996 in Yakutsk. The 1st Winter Children of Asia Games took place in 2019 in Yuzhno-Sakhalinsk. The competitions are attended by young athletes from countries of the Asia-Pacific region. The event is held under the patronage of the President of the Russian Federation, International Olympic Committee and UNESCO. The mottos of the Games: "From friendship in sports to peace on Earth" and "Children of Asia - Beginning of Victories." 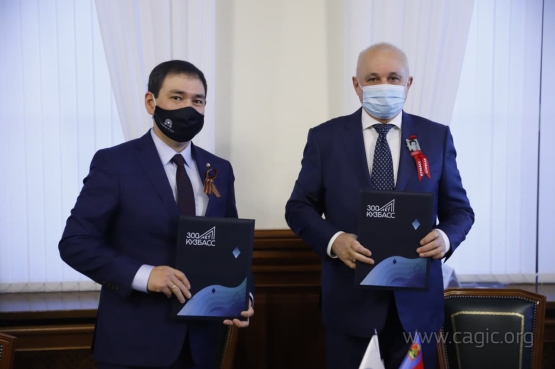