On October 20, International Summit of Young Professionals in Sports within the World Festival of Youth and Students completed in Sochi. Participants presented their sports projects and results of group works that they had developed during the Summit.

During the closing session the participants presented their own projects and group projects which they have developed during the Summit. Some of the participants have already achieved considerable progress not only in their countries, but also in international arena.

"Next year approximately in September we will be organizing the 2nd Summit where we will improve the format of holding this event. I am very glad to note that some of the participants have developed very interesting and topical projects. Team work will be one of the main tasks of the next Summit. Therefore, I think those who have participated this year will attend the Summit next year as well", - said Mr. Vladimir MAKSIMOV, Director General of the Children of Asia Games International Committee.

In prospect the Summit can become an authoritative platform for interaction of young professionals in sports from around the world. The annual Summit will become an instrument of effective sports diplomacy and will expand possibilities of youth influence on formation of the future sports agenda.

Press Service of the CAGIC 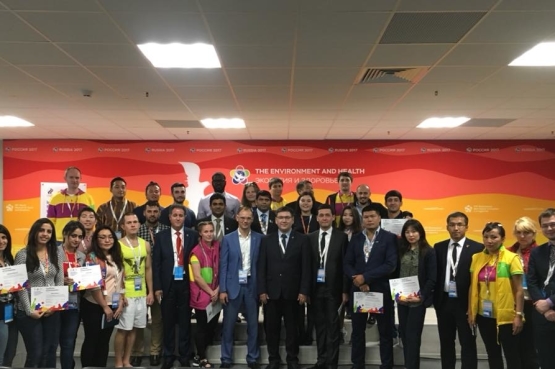