Today, on January 27, the Agreement on holding the Games was signed by the President of the Children of Asia Games International Games Mr. Vladimir Maksimov and the Head of the Sakha Republic (Yakutia) Mr. Aisen Nikolaev.

“I thank Mr. Aisen Nikolaev, as well as the Government of Yakutia, for preparing an application for hosting the Games. It was approved by the Board of the Committee. The republic has an extensive experience in hosting the Games, and therefore I am sure that they will be held with dignity,” Mr. Vladimir Maksimov noted.

Preliminarily, 19 sports will be included in the Games program. Head of the Sakha Republic (Yakutia) Mr. Aisen Nikolaev added, “The application was unanimously supported by the Interdepartmental CommissionWe are confident that the Games 2024 will be held at the highest level. We expect about 3.5 thousand athletes from more than 40 countries. We will try to make these Games the best."

It should be noted that the application of the Republic was also approved by the Interdepartmental commission for hosting international events in Russia chaired by Deputy Prime Minister Mr. Dmitry Chernyshenko.

Thus, Children of Asia International Sports Games are returning home in eight years in Yakutsk, where they were held for the first time in 1996. 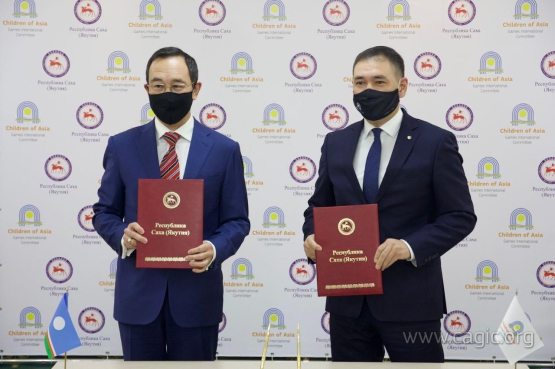