800 young residents of the region decided to become volunteers of the 1st Winter Children of Asia International Sports Games. A large-scale sports event scheduled on February 8-17 next year will be held with the support of the country's authorities. The organizing committee for the preparation of the Games is headed by the Deputy Chairman of the Government of the Russian Federation, Plenipotentiary Representative of the President in the Far Eastern Federal District Mr. Yuri TRUTNEV.

"The island region will receive the whole support," - said Mr. Oleg KOZHEMYAKO, Governor of Sakhalin Oblast, at the meeting with heads of executive bodies. – For example, it relates to the allocation of funds for a number of sports facilities that will be involved into the Games.

Children of Asia International Sports Games with participation of young athletes from most Asian countries are held every four years. The purpose of the event is to promote the Olympic movement, to develop children's and youth sports. The island region has become a venue for contests not by chance. In 2019, the participants of Children of Asia Games will be competing in winter sports for the first time, such as alpine skiing, snowboarding, biathlon, cross-country skiing, ski jumping, figure skating, short track and ice hockey. Sakhalin Oblast has an almost complete set of necessary infrastructure. In particular, in the south of Sakhalin the "Gorniy Vozdukh" Ski Resort works, where the Russian Olympians were preparing for the start in South Korea.

"At least two thousand people will arrive in Yuzhno-Sakhalinsk for the 1st Winter Children of Asia Games", - the head of the region noted. - A thousand are athletes under 16. There will be 45 teams from 20 countries of Asia, regions of the Russian Federation. The rest are participants of official delegations, representatives of sports federations, referees. We must hold international games at a very high level, show Sakhalin and the Kuriles as a region where winter sports actively develop; show visitors the entire tourist potential of the islands, strengthen mutually beneficial ties with Asian countries and other regions of our country.

Organizers of competitions seriously count on the help of volunteers. A thousand young residents of the region will be recruited for volunteering in 16 functional spheres. 800 applications have already been received from candidates. In March, the preparation of future volunteers will start.

- Soon, we will put into operation a new ski infrastructure, which will also be used for the Children of Asia Games", - said Deputy Prime Minister of the Sakhalin Region Mr. Anton ZAITSEV - Also we need to complete the construction of a ski village where some of participants will live, the second stage of the biathlon center and the sports facilities of ski jumping center, to modernize the snowmaking system of "Gorniy Vozdukh" Ski Resort and “Parkovaya” Mountain venues.

In turn, the sports federations should form the Sakhalin united team. The status of a host city gives Sakhalin to set up its own team.

Press Service of the Governor of Sakhalin Oblast 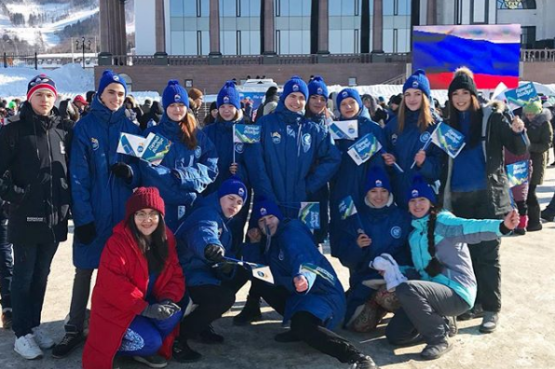