The Bigser Association, which owns the rights to the brand Bigsersport, received the status of an Official Partner of the Committee and becomes an exclusive outfitter of Children of Asia International Sports Games.

Bigser is provided with the Games’ symbols for developing summer and winter sportswear design for Children of Asia International Sports Games. The contract is valid until 2020.

"Bigser attracted us by its production: the company produces the entire line of sports equipment from sneakers to headwear. They are experienced at producing a sports equipment, in different years they were in charge of outfitting national teams of Kazakhstan and Kyrgyzstan. A good reputation of the company is important as well. We believe our joint work will have a positive impact on further development of the Games and children's sports in general. "

"Our partnership is aimed at success! We are very proud of being a part of such a significant event, which has long gone beyond the borders of the Asian countries. Due to its scale, the whole world follows the performance and results of the athletes. Because exactly this rising generation will become the future Olympic champions. The Bigser Association in cooperation with the Children of Asia Games International Committee will make every effort to hold the Games brightly, noticeably and widely. We are confident that after these Games more people will be involved in physical culture and sports. Sport, as a culture, will become an integral part of a harmoniously developed personality throughout the world!"

Reference: The BIGSER Association was founded in 2002, bringing together more than 50 industrial organizations aiming at developing industry of sports goods and services including media and organization of sports and mass events.

The "BIGSER" Association has become a partner of the National Olympic Committee of the Republic of Kazakhstan, the National Olympic Committee of the Kyrgyz Republic, Official Partner of the State Agency for Physical Culture and Sports under the Government of the Kyrgyz Republic, and various sports federations.

Members of the "BIGSER" Association in order to realize the main tasks of cooperation, create and produce collections of sports equipment for national teams of Kyrgyzstan, Kazakhstan and Russia, foreign countries at more than 20 sports events, such as the Olympic Games, World Championships and Cups, Asian Games, World Student Games, Children of Asia International Sports Games, the World Nomad Games and other international and club events.

Recognition of our activities is a high rating of athletes and fans, top positions in the ratings of leading fashion houses in the Asian, Olympic and other games.

Received Prize Awards-2016 "The best production of sports equipment in the CIS" at the international exhibition in Moscow.

Press Service of the Children of Asia International Sports Games 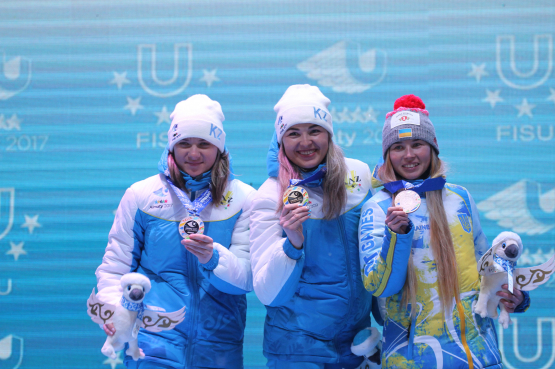